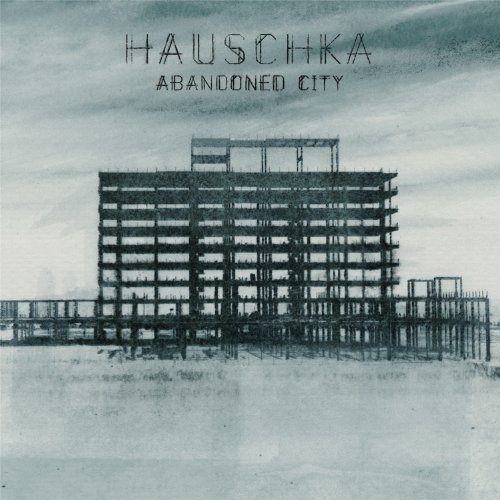 Google Play sez, at the time of this typing, that I have listened to this entire album 17 times in the few days I have known about it (my thought is that it missed about 20 other listenings but who knows). Obviously, I am a fan. This is what I call music! Of course I was reeled in by the title and at first, I wondered how it would compare to Harold Budd’s [amazon_link id=”B000008DUR” target=”_blank” container=”” container_class=”” ]Abandoned Cities[/amazon_link]. Here is the comparison: Budd’s generation is still reacting to the horrors of war, whereas Bertelmann’s generation looks past another possible global conundrum to a time when we will pick up the pieces of a busted piano within a deep forest and bang out a remembrance of now. The sounds of over-stretched metal cables in the second track put the listener in mind of an existence teetering on the edge of ruin. But, since it makes an awesome musical sound, it’s kind of okay that the world has ended. I do think it’s true that the children of the baby boomers have accepted that it’s all going to end, but luckily we’ll be there along with Tyler Durden and Katniss Everdeen and the dad from Jericho to rebuild it all. This album is the soundtrack to that: to rebuilding a future disaster.

Tracks 3 and 4 of our musical journey through the wasteland bring us face to face with Battles and Victoire, respectively. By the time they’ve decided to join our party, we realize in track 5 that Torley teleported in without us noticing. Next, Darren Korb leads us forward in what is probably a terminal march. And then we find it: the busted piano WADF, being played by Ilya Beshevli.

The 8th track may be my favorite. It’s hard for me to tell what’s prepared piano and what’s been processed, and I don’t care at all which is nice. It’s one of those short pieces that you can listen to a zillion times or just once followed by a lot of silence, because either way it will be in your head. The album ends as wonderfully as it begins, and with a sense of having reached a destination (it was your childhood home, which has been destroyed but you can set up camp there and put on an LP of this album).

★★★★★ The album is full of complex new sounds and memorable motives. Clocking in at 9 tracks, there is more than enough musical variety for an all-day listen. This is now one of my favorite albums of all time. And for the record, all references are meant to be complimentary.