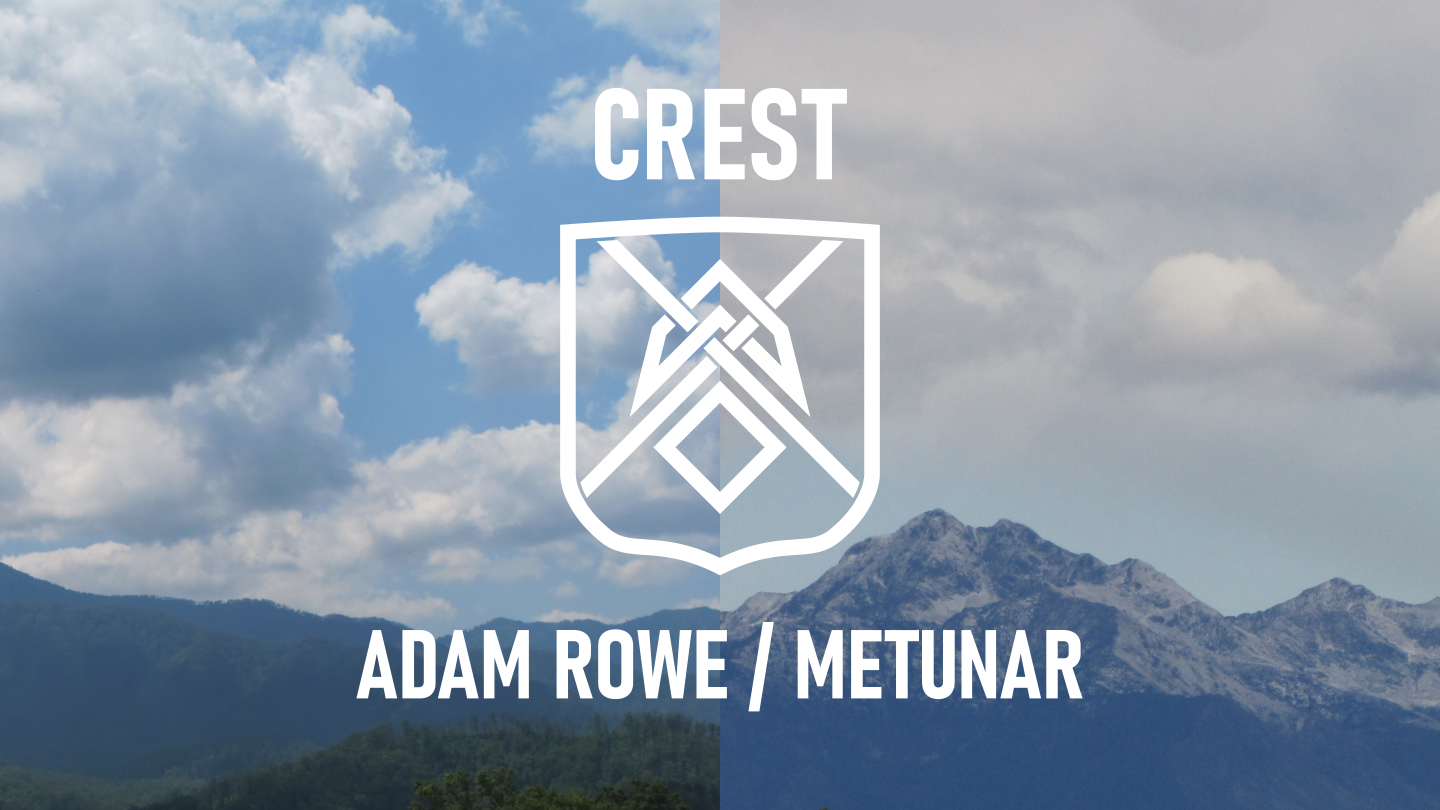 Crest is a music and video collaboration between Adriano Capizzi a.k.a. Metunar and me. We decided that a good starting point might be to take something old and unfinished that seemed like it had potential, but was just sort of stuck.

I dug out something I had started 20 years ago (the first few seconds of the piece) and we started adding on a little every time we sent files back and forth. Using Dropbox and Ableton Live Lite, we each used our preferred methods of music writing to add to or change the other’s ideas. Being across the world from one another, if each of us worked on it a little each day, we could both get up in the morning to find more music added to the project. Communication was done almost entirely through Dropbox Paper, which was much easier than checking emails. It was also nice to use a system integrated with the files themselves.

I used Sibelius to score what I wrote, which made it that much easier to share with Joshua Weinberg (flute) and Tyler Neidermayer (bass clarinet) of Apply Triangle when they graciously agreed to donate their time to playing on this project.

I constructed a single marimba key to play the repeated A♭. It was probably excessive, but now I know why marimbas are so incredibly expensive.

When the music was done, I wanted to make a video in the style of Metunar’s previous videos. He suggested that instead of doing a whole new collaboration on the video, we share the videos and images we had to each create our own. My two older kids helped with making the videos, which were shot in the middle of a field in Knoxville, on a camping trip in Cades Cove, and on a leisurely drive through Gatlinburg. I used Magic to create my visuals and an ancient copy of Premiere for the editing.

We decided from the beginning that the music would be freely available, so you can add it to your playlist from Spotify and YT Music.

The name Crest comes from the double meaning of the word: an escutcheon and a mountaintop, which I think comes through nicely in the music and the videos.