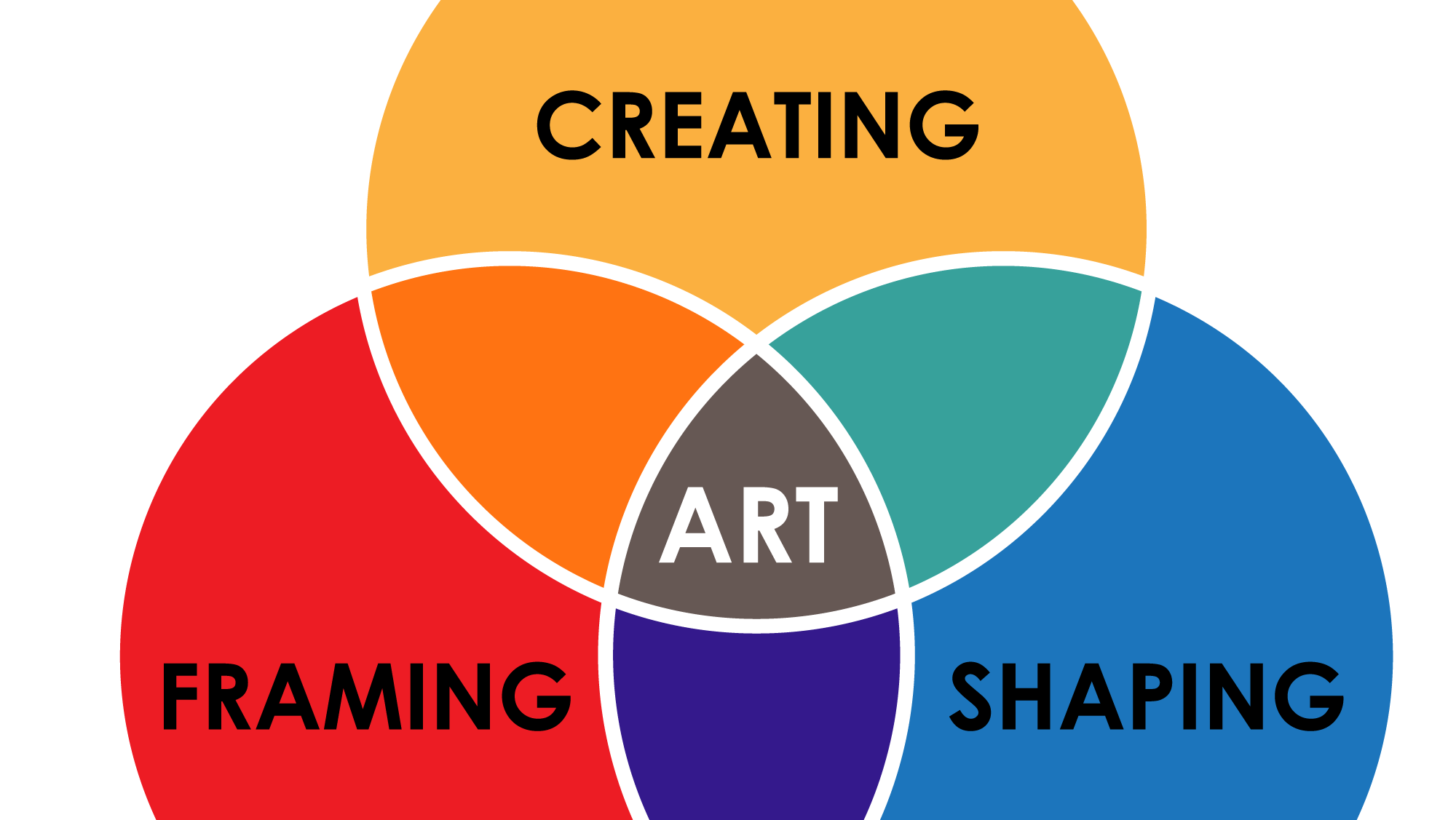 components of an artwork

A work of art has been fully realized when an artist actively participates in the actions of creating, shaping, and framing. When only one or two actions have been done, this only means that the artwork is not as fully realized as it could be.

Since ideas can exist independently of things, there are no physical properties associated with this action. Creating an artwork could be anywhere from having an inclination to make a particular thing to a deep meaning behind something.

Shaping is the rearrangement of raw materials in order to trade one system of organization for another.

The spatial and temporal boundaries which contain the work establish a frame for an artwork’s beginning and ending in space-time. The simplest form of framing is a change in perspective.

An assumption I make when using proportions in placement, repetition, size, and so on is that mathematical  relationships (such as the golden ratio) can be detected at a subconscious level and higher, and in this way are interesting to the viewer.

When one artist uses another artist’s art, the former has had an active part in at least creating and shaping, and includes framing if the entire artwork was used. Examples of other people’s art (OPA) include photographing an uncited source, use of a font the artist did not create, and collage. My work seeks to be appropriation-free in order to maximize originality in the creative phase of art making.