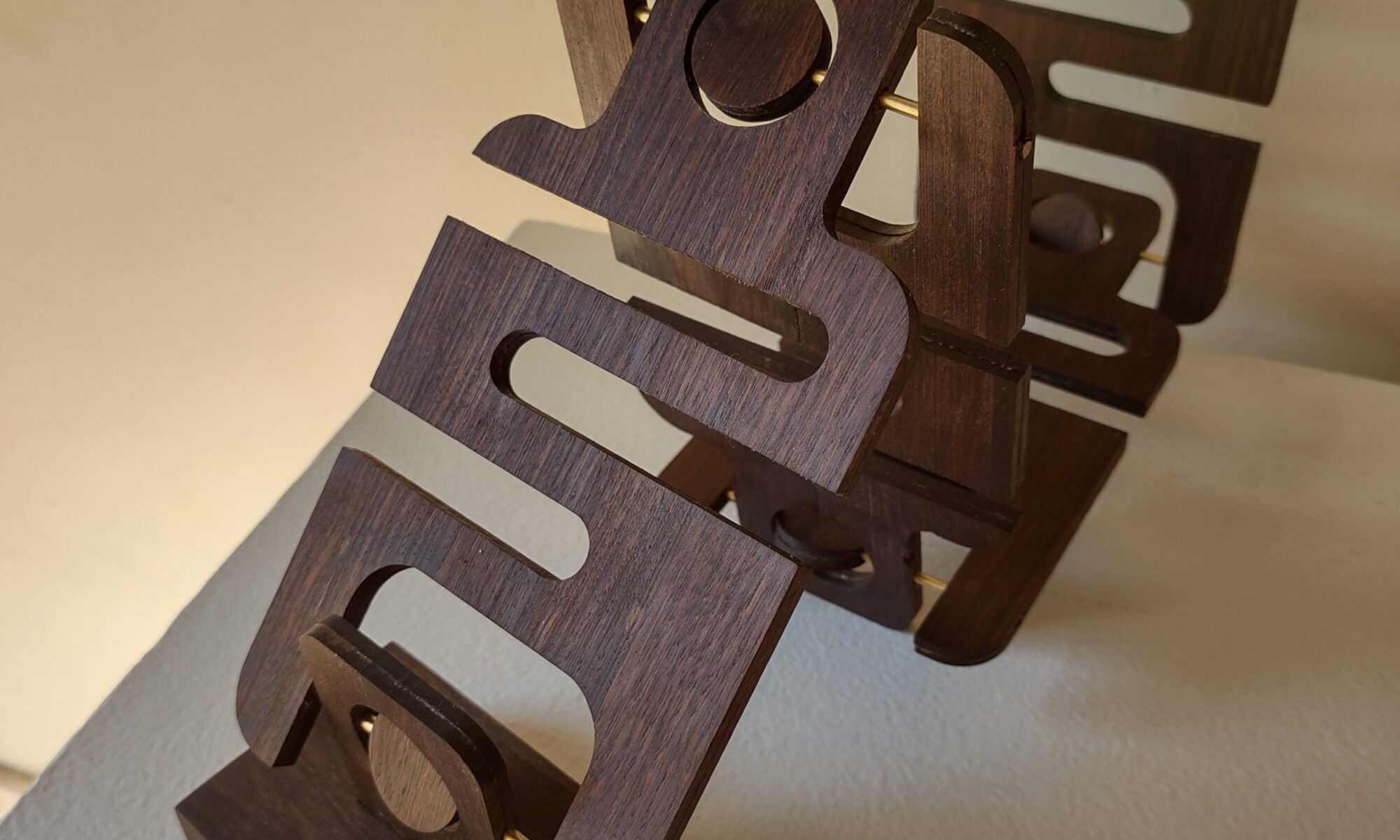 If alternating cuts are made in opposite sides of a piece of wood (or any rigid material) the material can more or less bend. Of course, the material itself isn’t bending as much as the overall bend, but it averages out to a much greater bend that would be possible without the cuts.

The same applies to twisting.

A listing band scale like the one below allows for twisting and bending to happen:

Notice how the top and bottom fit into one another. This maintains the vertical translation during scale chirality alternation.

A wire was to be placed as a connector as shown in the illustration below:

I thought a nice touch would be the floating circle in the “head.” Because drilling holes that lined up through a piece of wood thin enough to twist-bend would require a Hanukkah miracle, another solution was to rout out a curved groove half way through mirror images of the scales. Then the wire could be placed in the groove and the wood laminated together.

…and went to the band saw. There were casualties.

Then I used an edge trim bit and the original template to clean things up. I actually designed the whole thing based around the clearance I’d need for the bit to clear the interior zig-zag shapes which was nerve-wracking to say the least.

Again, because of the thickness of the wood, I had to treat it very gingerly. To rout the grooves, I made passes of 1/256 of an inch at a time. It took a while.

But it was worth it!

When I saw the way the scales looked linked together, I liked it so much that I wanted to show them like that instead of contorted into a band.