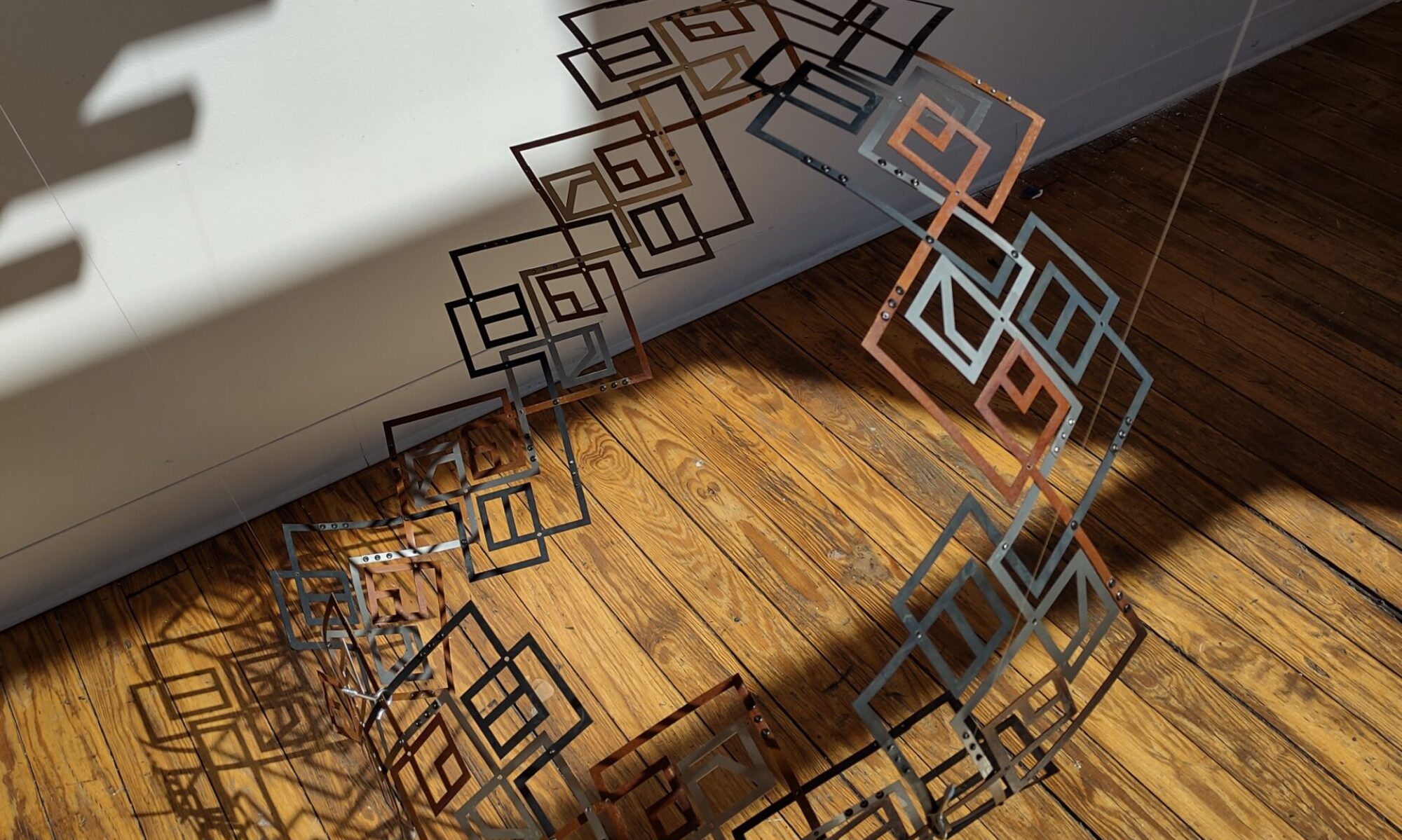 A knot can be infinite in terms of translation if its left edge lines up with its right edge. That means that a knot can surface a cylinder. But, what about a non-orientable surface?

If a knot (segment) is created so that its upper right lines up with its lower left, and the segment is repeated an odd number of times, the whole unit can surface a one-sided surface.

Here is a maquette of a solid (flattened) version of a knot as a Listing band.

This one shows the 3 individual knots more distinctly:

Once again, look at those shadows! In this example, I could have chopped up the knot to give the illusion of lines going over and under other lines, but the end goal was to make something solid, where this one was simply printed on acetate. I actually started wondering if I could somehow encase a material in something clear so I could make a much heftier version and still have the over-under implication, but I ended up going with something much more down to earth. Metal!

The pieces were designed with three holes at the end of each segment so I could pop rivet everything together and everything would self-align.

I liked the colors I picked for the maquette, but I wasn’t about to paint anything when metal can look so amazing and varied just by using harsh chemicals. After degreasing and shining everything up, I applied a clear sealant for the blue line, gun bluing for the black, and rust juice for the red. Note the lack of photos of bluing the metal because I was scared to death I would poison myself.

I waited to do the final assembly until just before I was ready to display it to avoid the possibility of damage. It’s very delicate for something made out of braided metal.

Here is the final piece installed. I love the way the shadows all crash together like multiple echoes do.