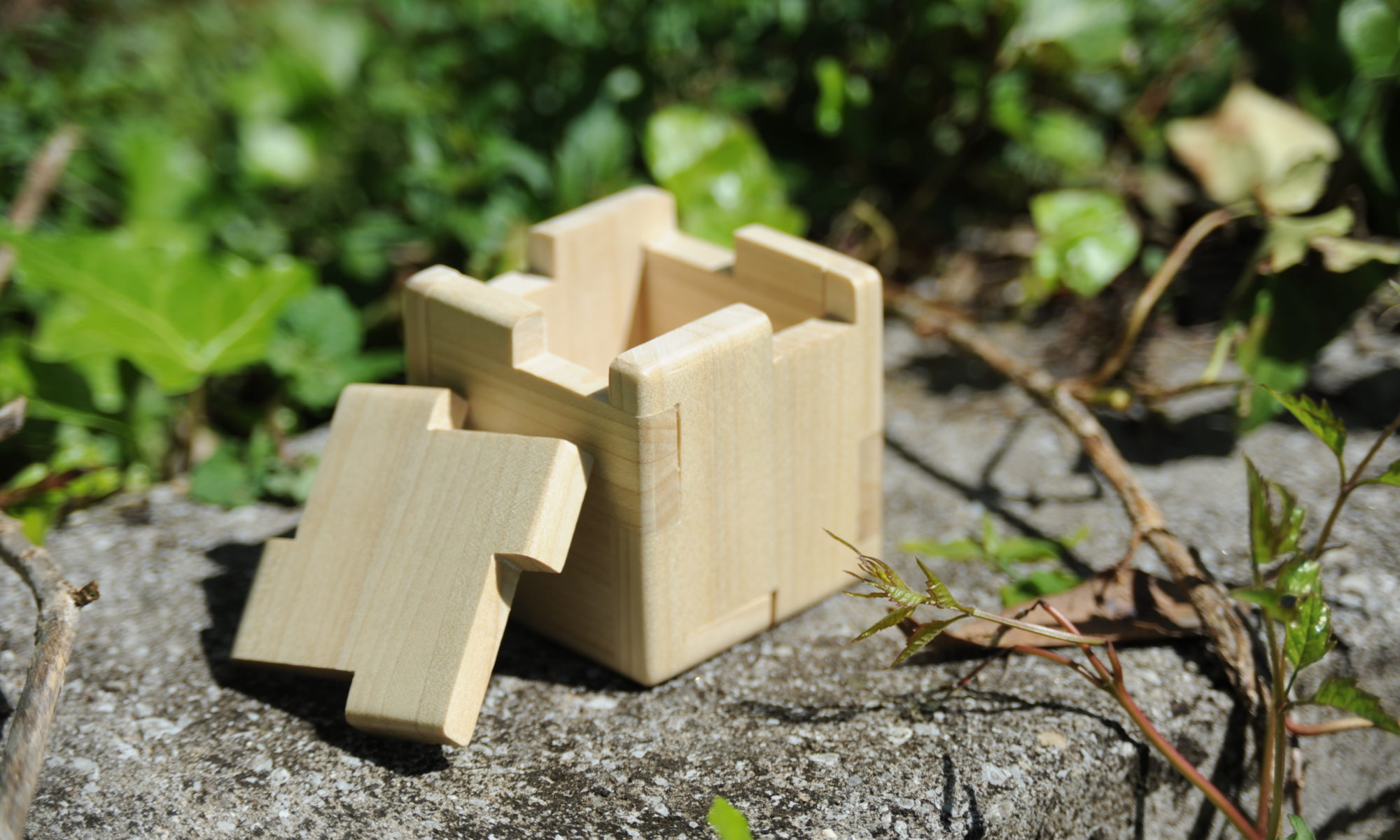 Is there a shape (solid) which can be repeated 6 times and interlocks to form a hexahedron? I’m still not entirely sure. This may even have search results, but I never looked it up. I wanted to figure it out for myself.

I mean, I still haven’t figured it out, but I got kind of close.

Just thinking about it only got me to the point where I realized I needed something in my hands. My first attempt was with foam core, but as you can see from the painter’s tape, I wasn’t entirely sure this would work. The idea is there, but I think I figured out that 2 of the sides need to be different than the other four.

So, I moved on to balsa wood because it’s very easy to cut and has a thickness you can work with. And it’s wood. More or less.

This is where I got overconfident. I had some leftover poplar from another project so I went straight for the power tools. What you see are the panels that made it. My router ate the rest.

But that was the table router, and I knew that the concept was there if I could just make one and keep all my hand parts. So, I went to the CNC router, using whiteboard because of its very uniform thickness. Also, I wanted a hexahedron I could draw on with dry erase markers for yet another project.

That worked fine, but now I wanted something a little fancier so I returned to poplar. I also wanted to test my band saw skillz [sic] which are lacking yet pretty well concealed here.

The router approach was my favorite, although I had to clean up the interior corners. On the final box, I finished the corners with a roundover bit which I think does a better job of bringing the eye around the corners and makes the box more of an object of interest.

So, if you know the answer to my original question, I guess you can just go ahead and tell me now. I feel like I’ve done enough to not feel lazy.

P.S. Yes I know you can just bevel the edges, but the panels have to interlock and all be identical.